With the departure of Music Director and Conductor Max Bragado-Darman at the end of the 2019-2020 OVATION season, the Monterey Symphony’s search for a replacement has yielded four strong candidates with impressive credentials.

The finalists include Donato Cabrera, the Music Director of the California Symphony and the Las Vegas Philharmonic; Jung-Ho Pak, Artistic Director and Conductor of the Cape Symphony; Jayce Ogren, who has conducted many of the world’s most prominent orchestras, including the Boston Symphony, Los Angeles Philharmonic, New York Philharmonic, and the Dallas and San Francisco Symphonies; and Peter Bay, the primary conductor for the Austin Symphony and Ballet Austin who has appeared with 75 different orchestras from Chicago and St. Louis to Germany and Austria. (For more detailed bios, see below.)

“A Music Director search gives an organization time to reflect on its roots, and where it would like to go artistically. We have a fabulous search committee with a shared philosophy. Now that we have named the finalists, we can devote all our attention to celebrating Max and his tremendous legacy,” said Nicola Reilly, the Symphony’s Executive Director.

Bragado-Darman announced in 2018 that he would leave his position as the music director and conductor in May 2020 to give time for the Symphony to find his successor. He was hired as the symphony’s full-time music director in July 2004, after appearing with the orchestra as a frequent guest conductor in the 1990s.

“I am humbled and honored to have served the Monterey Symphony for so many years,” he told the Monterey Herald in 2018 when announcing his departure. “Both Mary and I feel that Monterey is like a second home to us. I am deeply proud of this orchestra and consider it an absolute gem. The next two seasons, which are already planned, will be joyous for the organization.”

Support for the Music Director search was provided by the Buffett Fund at the Community Foundation for Monterey County and the Monterey Peninsula Foundation. 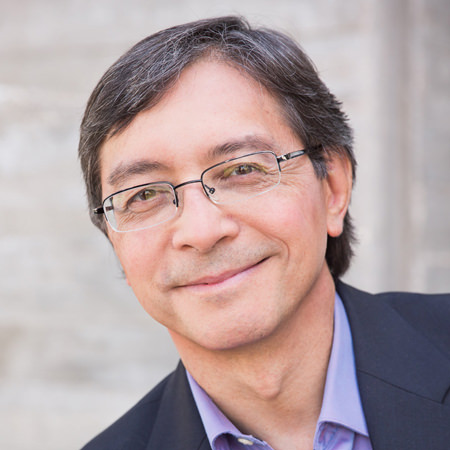 Peter is the primary conductor for Ballet Austin. For Austin Opera he has conducted A Streetcar Named Desire, La Traviata, Turandot, and The Marriage of Figaro.

Other positions held by Bay have included Music Director of the Erie Philharmonic, Annapolis Symphony Orchestra, Breckenridge Music Festival (CO), Britt Festival Orchestra (OR), and posts with the Rochester Philharmonic Orchestra and Richmond Symphony. Bay and the ASO with pianist Anton Nel released a critically acclaimed Bridge CD of Edward Burlingame Hill’s music. With the Richmond Symphony he recorded the US premiere of Britten’s The Sword in the Stone for Opus One Records, and with the Rochester Philharmonic Orchestra Voices, featuring the percussion ensemble NEXUS.

In 1994, he was one of two conductors selected to participate in the Leonard Bernstein American Conductors Program. He was the first prize winner of the 1980 Baltimore Symphony Orchestra Young Conductors Competition and a prize winner of the 1987 Leopold Stokowski Competition sponsored by the American Symphony Orchestra. In July 2012 he appeared in Solo Symphony, a choreographic work created for him by Allison Orr of Forklift Danceworks.

Peter is married to soprano Mela Dailey and they have a son Colin. 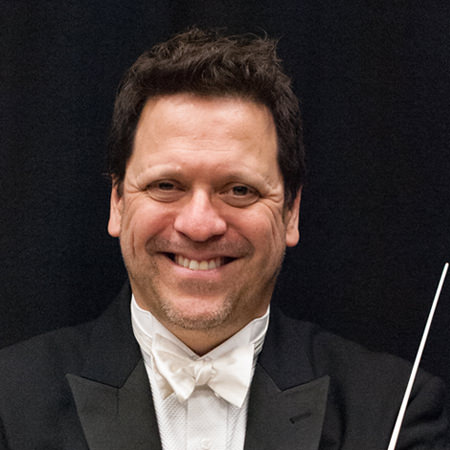 Since Cabrera’s appointment as Music Director of the California Symphony in 2013, the organization has reached new artistic heights by implementing innovative programming that emphasizes welcoming newcomers and loyalists alike, building on its reputation for championing music by living composers, and committing to programming music by women and people of color. With a recently extended contract through the 2022-23 season, Cabrera continues to advise and oversee the Symphony’s music education programs and community engagement activities. Cabrera has also greatly changed the Las Vegas Philharmonic’s concert experience by expanding the scope and breadth of its orchestral concerts. Cabrera has also reenergized the Youth Concert Series by creating an engaging and interactive curriculum-based concert experience.

Awards and fellowships include a Herbert von Karajan Conducting Fellowship at the Salzburg Festival and conducting the Nashville Symphony in the League of American Orchestra’s prestigious Bruno Walter National Conductor Preview. Donato Cabrera was recognized by the Consulate-General of Mexico in San Francisco as a Luminary of the Friends of Mexico Honorary Committee, for his contributions to promoting and developing the presence of the Mexican community in the Bay Area. 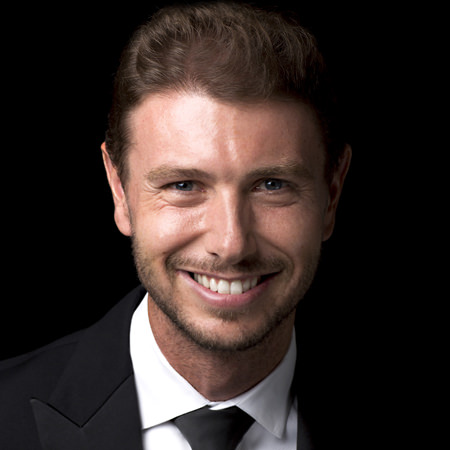 Jayce Ogren has established himself as one of the most innovative and versatile conductors of his generation.  From symphonic concerts to revolutionary community service programs to operatic world premieres,

Mr. Ogren is a leader in breaking down barriers between audiences and great music. Mr. Ogren began his career as Assistant Conductor of The Cleveland Orchestra and Music Director of the Cleveland Youth Orchestra, a concurrent appointment he held from 2006-2009.  In the years since, he has conducted many of the world’s most prominent orchestras, including the BBC Symphony, Boston Symphony, Ensemble Intercontemporain, Hong Kong Philharmonic, Los Angeles Philharmonic, New York Philharmonic, the Dallas and San Francisco Symphonies, and the Saint Paul Chamber Orchestra, in programs ranging from Mozart to Beethoven through Sibelius and Bernstein, to presenting U.S. and world premieres of works by Steve Mackey and Nico Muhly.

Among the numerous progressive projects Mr. Ogren has conducted are the New York premieres of Leonard Bernstein’s only opera, A Quiet Place, and puppeteer Basil Twist’s The Rite of Spring, both at Lincoln Center; the world premiere of David Lang’s symphony for a broken orchestra, bringing together 400 student, amateur and professional musicians in Philadelphia; and the world premiere of Jack Perla’s Shalimar the Clown at Opera Theatre of St. Louis.

A longtime collaborator of singer/songwriter/composer Rufus Wainwright, Mr. Ogren conducted the 2012 U.S. premiere of his opera Prima Donna at the Brooklyn Academy of Music, and led its recording with the BBC Symphony on Deutsche Grammaphon in 2016.  Mr. Ogren and Mr. Wainwright have since appeared together throughout the world, with ensembles such as the National Arts Centre Orchestra in Ottawa, the Orchestre national d’Île-de-France in Paris and the Toronto Symphony.

A devoted educator, Mr. Ogren was invited by renowned poet Paul Muldoon to create an interdisciplinary studio class at Princeton University for the 2017-2018 academic year.  He has worked with students at the Brevard Music Center, the Juilliard School, Manhattan School of Music, Music Academy of the West and Verbier Festival.  In 2016, he presented a unique workshop in orchestral rehearsal techniques for music teachers at Carnegie Hall in collaboration with the Carnegie Hall Weill Music Institute and the Juilliard School Pre-College. For his own part, Mr. Ogren earned his Masters in conducting at the New England Conservatory and studied as a Fulbright Scholar with Jorma Panula.

A native of Hoquiam, Washington, Jayce Ogren lives in Brooklyn, New York with his wife Carly, an architect, and their son, Alistair.  An avid athlete, he has run the Big Sur, Boston and New York City marathons, the JFK 50 Miler trail run, and the Ironman Lake Placid triathlon.  As an individual member of 1% for the Planet, Mr. Ogren is proud to connect his artistic work with his deep love of nature and concern for the environment. 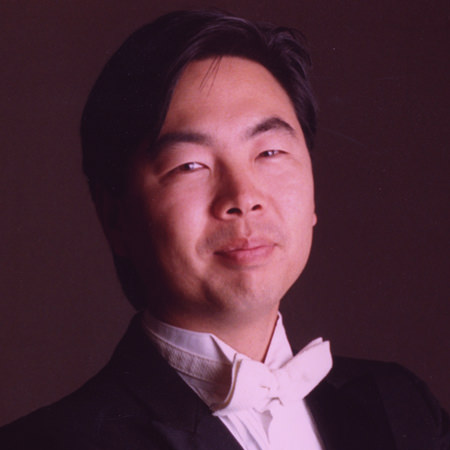 As a nationally recognized educator, he served as Music Director with the University of Southern California (USC) Symphony and the San Francisco Conservatory of Music Orchestra. He has also served as Principal Conductor of the Emmy-nominated Disney Young Musicians Symphony Orchestra and as Music Director of the Debut Orchestra, International Chamber Orchestra, NEXT Chamber Orchestra, Colburn Chamber Orchestra, and Diablo Ballet. Guest conducting has taken him to Europe, Russia, South America and Asia.  Mr. Pak is also a frequent speaker on television and radio including TED Talks and NPR appearances, as well as a clinician and conductor at national music festivals.