Four years ago eminent area philanthropist Jack Baskin asked me to recommend a jazz pianist to entertain invited guests at his 90th birthday party in Santa Cruz. I said gladly, so long as I was invited (which I was.) Then I phoned Bob Phillips, a man whose work had always dazzled me and whose generosity had blessed a class I teach in Carmel every Saturday on two occasions.

Apparently I’m not alone in that enthusiasm. In his long career, Phillips has

Bob Phillips grew up in a small northern New Jersey town and, at age seven, “I asked for piano lessons and my father found a piano.” His teacher for one year was Bill Falling, “a stickler with Bach, with fugues, how to intermingle voices, meticulous.” Soon enough he played Beethoven and Chopin. “I pursued classical music to learn the piano,” he says. Later, at the Manhattan School of Music, he studied composition and theory, and became an accompanist for violin and voice students. “I learned how to accompany opera singers, to breathe with them—that was real training!”

Then while he was still in high school he heard a recording of Benny Goodman’s band, and everything changed. He learned to play clarinet and saxophone. “I played by ear,” he says. Then he heard Oscar Peterson and George Shearing, and was “beguiled.” While at the Manhattan School studying classical, he would play club gigs at night. “When I went pro, classical became a thing of the past,” he says. “I love classical music and go to concerts, but never gained the proficiency or the strong desire to play it.”

He went on the road for a year with a hotel band, then did resort jobs for years. He played gigs at Madison Square Garden, Birdland, Village Vanguard, Radio City Music Hall and the Waldorf Astoria. He traveled to Asia with the USO, and collaborated with the likes of Mel Tormé, Patti Page and Tex Beneke. Bob Phillips abandoned the harsh winters of New York in favor of Carmel in 1973.

He just stepped down after 25 years as music director at Pacific Coast Church in Pacific Grove. He continues to freelance, locally through Kelly Productions, and is a “permanent substitute” at Spanish Bay Resort on Friday nights, in the lobby, where he plays “with some excellent musicians.” A favorite collaborator is sax master George Young. Last Friday they got deep into their zone. “It was very rewarding,” Phillips declares. 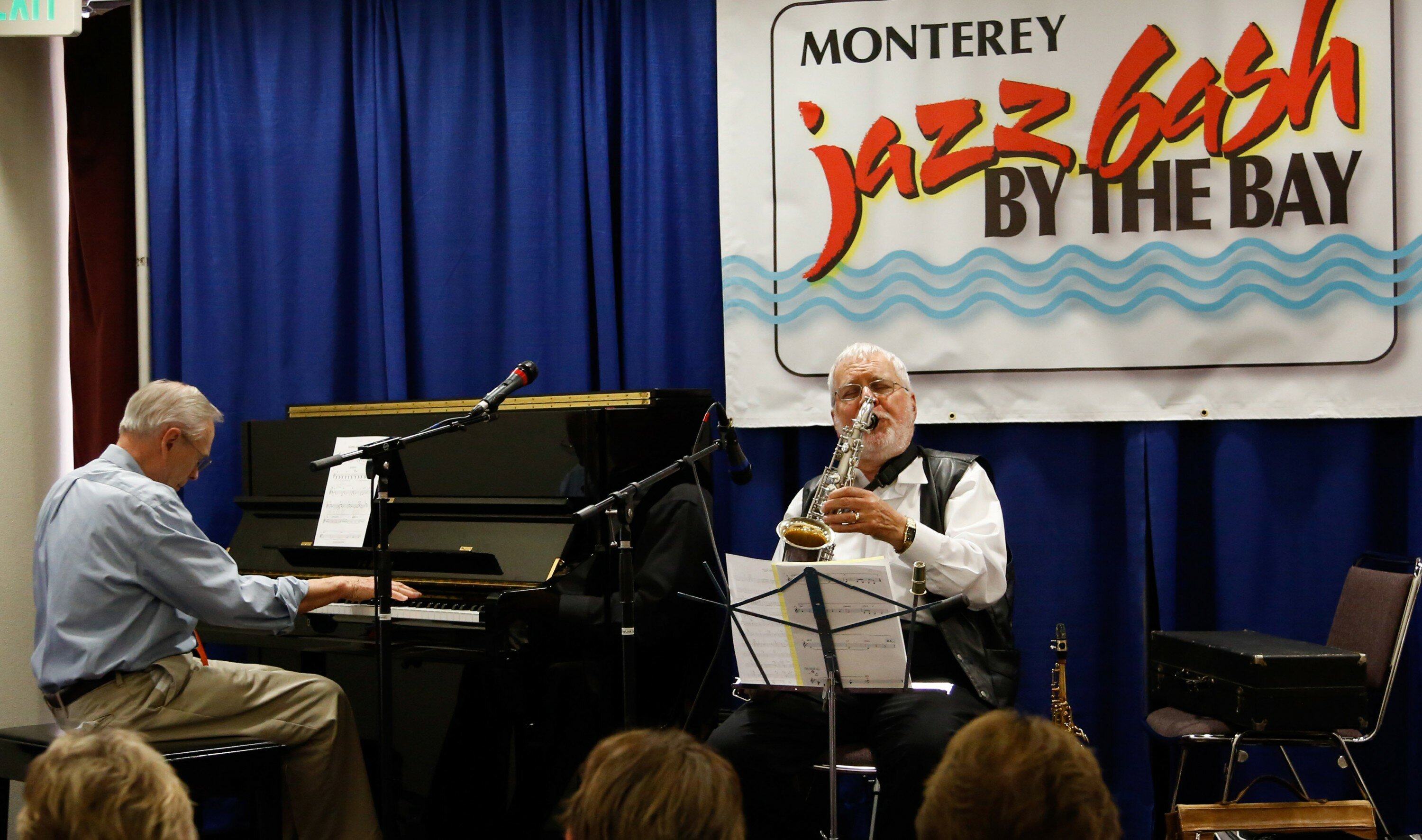 When Monterey’s Dixieland Festival named him Musician of the Year, he was also inducted as “permanent artist in residence.” (Tom O’Neal photo of Phillips playing with George Young during the recent Jazz Bash by the Bay.)

As it turned out, Phillips was unavailable for Jack Baskin’s party, and immediately recommended the artist who was engaged, esteemed Santa Cruz jazz pianist Martan Mann. Sorry, Bob, you missed a hell of a party.